Updating our ways of knowing (Part 2): The journey of unfolding consciousness—the archaic and magic structures 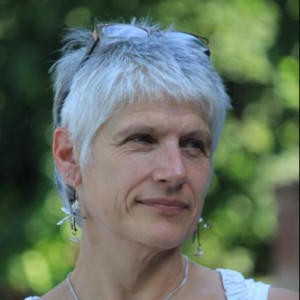 Part 2 of a multi-part article about Integral consciousness. See the resource section below for links to the other parts of the series.

This post further unpacks the notion of ‘consciousness mutations’ and then describes the first two of the different structures that have informed human consciousness since humanity’s earliest recorded appearance on the planet. I try to give some impressions of what each structure of consciousness might have been like from the inside (experientially). This is important because part of the promise of Integral consciousness will be regaining access to the living potency of each of these earlier structures. The next part in the series will treat the mythical and mental-rational structures, and the final part will look at what we can already know about Integral consciousness and suggest ways we can invite it into greater prominence in our experience.

The historical unfolding of human consciousness has proceeded through mutations into identifiable patterns, or structures, of which Gebser identified five, including the Integral. He called these structures the archaic, the magic, the mythic, and the mental.

Before we start, there is a helpful distinction to be made between biological mutations and mutations in consciousness. Both are similar in that they spontaneously bring forth new potentialities or structures which, once acquired, become hereditary. However, there is an essential difference: biological mutation leads to a specialisation of functions within a particular environment, moving from the general to the specific—a minus mutation; mutation of consciousness, by contrast, unfolds towards enrichment, overdetermination and the addition of new dimensions; it is intensifying and inductive, moving from the specific to the general—a plus mutation. The plus mutation does not assume or require the disappearance of previous properties or structures (the way evolution did away with the human tail, for example), but integrates them into the new structure (allowing us to keep both belt and braces, so to speak).

As we saw in Part 1, according to Gebser’s insight, everything that has ever existed or will ever exist is already present, in potential, in Origin. Each successive mutation has brought different aspects from latency, or dormancy, into transparency, or active manifestation.

The earliest structure, archaic consciousness—the first to evolve out of the Originary state—will have been a consciousness of maximum latency and minimum transparency. With every new structure that emerges—in response to the changing conditions created by the interaction between the prevailing consciousness and its context—latency decreases as transparency increases; each new structure is the actualisation of hitherto latent possibilities.

It is important to remember that while these structures emerged in a given order over time, we do not leave the earlier ones behind us. Together, the four already realised structures make up the total consciousness of today’s humanity. The earlier structures all remain active constituents of our psyche, but are not readily accessible to the brightness of our dominant mental structure, which blocks out the “spiritual light” of the originary radiance.

The archaic structure, the first to evolve out of Origin, is the least differentiated from it. Hard as it is to imagine, this structure is zero-dimensional—a complete non-differentiation between early human and the universe: no duality whatsoever, man is still unquestionably part of the whole. This would have been the experience of human consciousness from around 3-6 million years ago to 750,000 years ago (all the dating I offer here is ultimately speculative, based on the work of archaeologists and paleontologists, especially for the earliest structures. As much as our rational minds would love to have firm dates and certainty, what does it serve to slap a date on something that essentially existed outside of time?)

It is hard for our waking mind to relate to this consciousness, because it is reminiscent of the psychic state of the new-born baby, that most of us cannot remember, and the fundamental dimness of deep sleep, that most of us sleep though. It was a time when even soul was still dormant, and man would have slept without dreams.

Time is experienced differently here: there is a dream-like simultaneity to elements of experience: past, present and future co-exist, and the world is apprehended by instinct (absolute interwovenness with nature) and presentiment (the foreshadowing of future events).

There are neither subjective centre, nor objects; simply a stream of sensations through the body. No inner and outer, no distinction between earth and sky, nor even between green and blue. To our modern senses, this is perceptual anarchy: the senses are not yet distinct from each other (there is as yet no witnessing awareness to make such distinctions). They are, however perfectly keyed into the ecosystem, in an identity of self with the life-world. And within that life-world, archaic man was by no means primitive.

Relationships would have been experienced through pre-linguistic psychic bonds, pretty much as the bond between a mother and her new-born baby. Those bonds would have included clairaudience and clairvoyance.

From where we now stand, still mostly stranded high and dry on the shores of today’s prevailing rational-perspectival structure, it is almost beyond us to perceive, in Gebser’s words “the splendour of origin—the first radiance of the emergent world and man… And yet in so doing, we fall silent.”

Magic human can be distinguished from its archaic ancestor by the transition from a zero-dimensional structure of identity to one-dimensional unity. This 1-dimensionality can be represented by the point, which is the basic element of the line. It expresses both the initial emergent centring in the human (which will later lead to the ego) and the spaceless and timeless one-dimensionality of magic human’s world.

The magical structure sees the advent of a rudimentary sense of self. This consciousness bears the stamp of impulse and instinct and its hallmark is vitality. Synchronicity is an aspect of the magic world, as are strong psychic bonds which preclude the need for language. The still egoless human copes with the now externalised life-world as a group-ego, sustained by the clan. There is as yet no ‘language’, because language can only be brought forth by self-consciousness of a kind that has not yet emerged.

The predominant sensory organ of magic human was the labyrithine ear, representing the cave-like nocturnal darkness of dormant consciousness. Magic human placed significance on what was heard (the sounds of nature) not on what was spoken. (Hence the mouthlessness of many figures portrayed in the earliest art depicting the human form.) Magic human possessed not only the powers of second sight and divination, but was also highly telepathic, immersed in a spaceless-timeless unconscious participation with the nature and community.

In magic consciousness, the subjective sense flows over into the objective world (this is union rather than the earlier identity) in an unconscious ‘participation mystique’. As identity shifts from life-world to family group, strong (collective) taboo boundaries prohibit certain behaviours, as self-consciousness gradually intensifies. The inseparable bonds of the clan dominate. There is as yet no self-reflection.

All things and persons are interrelated and the not-yet-centred self is dispersed over the world of phenomena. The outer world is experienced confusedly, as we experience dream events in sleep; everything that is still slumbering in the soul is reflected mirror-like in the outside world, as if consciousness was not yet in the human, but still resting in the world.

Released from identity with the whole, magic human can face the world in its sleep-like outlines. The individual begins to be a unity, not yet able to recognise the world as a whole, but only the details, or points which reach his still sleep-like consciousness. These points then stand for the whole, making the magic world one of pars pro toto, in which the part can and does stand for the whole. Something that approximates this might be the way modern man experiences nature whilst under the influence of a powerful psychotropic plant medicine like ayahuasca.

These individual objects, deeds or events, separated from each other like points in the over-all unity, make up magic human’s world. These points can be interchanged at will; this is the core of magic, where the psychic and vital energies of conscious will are concentrated in a specific totem object, such as the image of an animal to be hunted.

In the transition towards the magic structure, it is as if this consciousness is being gradually transferred from the world towards the human, who must assimilate it from his newly awakening standpoint. The awakening world becomes something which early man must learn to confront and master. This shift of identity brings the germ of a need: from being to having. The world is apprehended through the primary emotions of fear, anger, sorrow and pleasure. Reminiscent of the one-year-old toddler, the world is an extension of the self, with attempts to control and gain power leading to self-knowledge and self-mastery.

Magic human meets the forces streaming towards him with his own corresponding forces: he stands up to nature, seeking to exorcise and guide her; striving to be independent of her. In so doing, he becomes conscious of his own will. Witchcraft and sorcery, totem and taboo are the natural means by which he seeks to free himself from the transcendent power of nature. Here begins the struggle for power which has not ceased since. Here man becomes maker.

The magic world is a world without values, in which everything is of equal significance or validity. The equal validity of the whole and the part endow equal significance without differentiation—thinking by association. Magic human feels things which seem to resemble one another as ‘sympathetic’ to one another. She can then proceed to connect them by means of the vital nexus of instinctual consciousness. This is not causality the way we understand it in today’s rational world.

The very fact that magic human engages in magical rites, supplanting natural chaos with a defined and directed action, represents a far-reaching step away from the complete unity of early magic consciousness, presaging the polarisation of the world that is one of the hallmarks of the next mutation. The basis of all sorcery and magic is an attempt to extract and differentiate the self from the natural life world. Man stands in opposition to the world that once he was part of, thereby creating separation and, with it, the possibilities of consciousness.

Towards the end of the magic era, nascent self-consciousness brings into awareness the differentiation into male and female. Woman is discovered to be a potent symbol for nature, which has become the great Other. Her mystery is the mystery of life itself. The polarisation of gender in culture was part of what led to the emergence of the mythical consciousness, around the time of the neolithic revolution.

The next part of this series will look at the mythical and mental-rational structures.

This site uses Akismet to reduce spam. Learn how your comment data is processed.

I. The Bigger Picture

II. Alchemy and Collective Alchemy as a Process of Transformation

V. Insights from the Journey